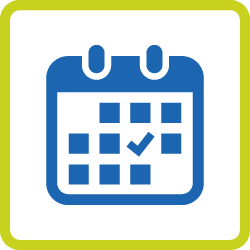 Bootkits are not dead. Pitou is back!

Pitou is the last Bootkit that infects the MBR and sends spam again in the 2018.


It uses the sophisticated technique of Bootkit to bypass the Microsoft Kernel-Mode Code Signing policy for load the own driver (kernel payload) on Windows.

The Bootkits have reached the peak of popularity from 2010 to 2012 with Sinowal, TDL4, TDSS (Olmasco), Cidox (Rovnix) and GAPZ. These Bootkits was diseappear after 2012 and seemed the end of era of Bootkit. In the 2014 Pitou was detected as a new Bootkit, but it seem that not have had a big diffusion in the wild.
In the last months of 2017 Pitou is back!

Pitou spreads in various way: Pitou can infect all operating system of Windows: from XP to Windows 10 (32/64 bit)

Pitou maybe considered as the last Bootkit that infects the partitions type MBR (it cannot infect UEFI).
Pitous is known with name "Backboot".


When the dropper is executed, the malware infects the Master Boot Record of disk in the following way: 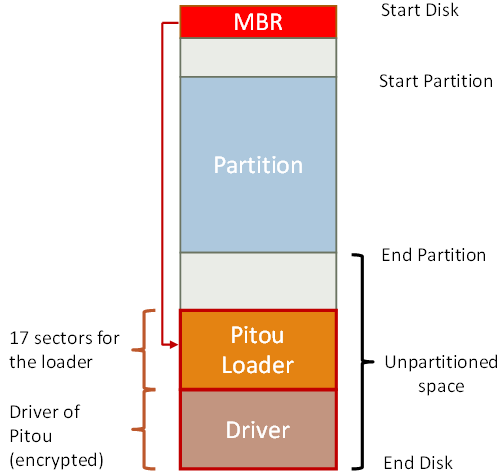 
The code of MBR infected by Pitou reads the 17 sectors at end of disk (in the unpartitioned space) in memory at address 500:0 as we can see here:

The 17 sectors are encrypted, so Pitou decrypts it with this easy algorithm (xor and ror):

After that Pitou has hooked the int 13h, it decrypts the original MBR at address 0:7C00h and executes it.

Now that Pitou has passed the control at original MBR, Pitou is hooked only at int 13h. Here we can see the routine of int 13h of Pitou: 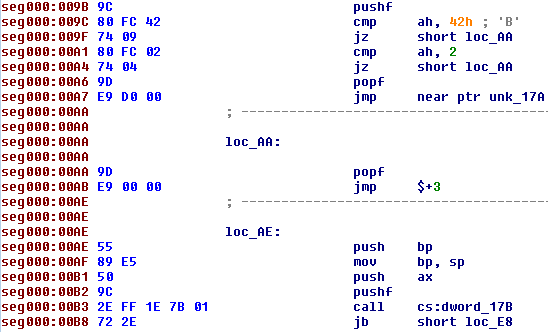 The routine Pitou detects each request of read of sectors, function ah=42h (Extended Read Sectors) and ah=02h (Read Sectors), this permits at Pitou to know when the process of boot will read the file C:\NTLDR or C:\BOOTMGR.

In this step Pitou must hook C:\NTLDR or C:\BOOTMGR for "survive" when there is the switch from real mode into protect mode:

The last hook in "NTOSKRNL.EXE" permits to Pitou to know that the kernel of Windows (NTOSKRNL.EXE) is running properly.
Now Pitou can use the API exported by NTOSKRNL.EXE:

In this phase Pitou will do:


Here we can see as Pitou execute the driver:

The loader of Pitou on Windows 10 64 bit uses 3 different codes:


In the scheme the point 1 indicates the hook at int 13h by Pitou to know when the "Bootmgr" is read.  The second hook is made inside the "Bootmgr" to swtich from real mode into protect mode. In this phase the "Bootmgr" will extract from it a file PE dubbed "Bootmgr.exe". The file "Bootmgr.exe" works in 32 bit and is executed by Bootmgr. At this point Pitou (32 bit) will hook the "Bootmgr.exe" to know when it will load the file "Winload.exe" (64 bit). This hook is need to survive at switch from 32 bit to 64 bit. When this hook is called, Pitou (64 bit)  will parse the file "Winload.exe" to hook  when "Winload.exe" will load and execute the "NTOSKRNL.EXE". When the hook inside "Winload.exe" is called, then Pitou will parse "NTOSKRNL.EXE" to hook the function "InbvIsBootDriverInstalled".
The last hook in the function "InbvIsBootDriverInstalled" is need to know when "NTOSKRNL.EXE" is loaded and ready.
As in the previous case, Pitou will load the driver 64 bit bypassing the Microsoft Kernel-Mode Code Signing policy.

We have analyzed the driver 32 bit of Pitou, the 64 bit version is similar.
The driver extracted from the end of disk has the following characteristics:

We can see some levels of obfuscation. The first level is at "DriverEntry":


The DriverEntry sets a local variable [ebp+var_C] with value 0x209fdc, after it calls a lot of subroutines that modifies this value each time until to arrive to call the subroutine "call [ebp+var_C]" with the real "DriverEntry".

A second level of obfuscation is the use of hashes of blocks of 16 byte of code/data to calculate the addresses of objects, structures, strings, data and etc.
These hashes change everytime with the execution of drivers, so it is very difficult to take a snapshot for the analysis.
Here an example:

Pitou checks if it is running under VM, Sandboxing or in emulated/virtualized environments:

If it is running under VM or in emuIated/virtualized environments then it stops to work.

Pitou uses technique to be stealth, as other bootkits, it hooks the Miniport Device Object of disk to detect the request of read/write of sectors of disk:

If Pitou cannot connect at server C/C then it generates 4 domains (DGA), examples:

Pitou sends spam from the pc of victim, this operation is made totally in kernel mode.
Here some example of spam sent by Pitou:

As you can see  Pitou sends spam of Viagra and Cialis.

In this paragraph we speak about a little curiosity. We well know the researcher "MalwareTech" for the kill switch of "WannaCry", he is a very famous and smart researcher anti-malware.

MalwareTech has written a POC of Bootkit called TinyXPB in April 2014 (Github): https://github.com/MalwareTech/TinyXPB

In the analysis of Pitou by F-Secure, they have reported that the first detection of Pitou was in April 2014.

We have found some similarities in the code of Pitou :
From our point of view, we can say that there are some things in the loader 16 bit which was already developed by others Bootkit, so in the code of Pitou there aren't new ideas.
We guess the author of Pitou has taken inspiration by MalwareTech.

Pitou is the last known "MBR" Bootkit that uses this sophisticated technique. The Bootkit has a very strong arsenal that can bypasses the Kernel Mode Code Signing policy ans is very difficult to detect, because they have a high degree of stealth.

We are surprise to see again Bootkits that infects the Master Boot Record. Nowadays the new machines uses BIOS with UEFI or with huge hard disk, then the partitions cannot be of type MBR, so in the next period we guess to see more UEFI Bootkit than MBR Bootkit..


Any information published on our site may be used and published on other websites, blogs, forums, facebook and/or in any other form both in paper and electronic form as long as the source is always and in any case cited explicitly “Source: CRAM by TG Soft www.tgsoft.it” with a clickable link to the original information and / or web page from which textual content, ideas and / or images have been extrapolated.
It will be appreciated in case of use of the information of C.R.A.M. by TG Soft www.tgsoft.it in the report of summary articles the following acknowledgment/thanks “Thanks to Anti-Malware Research Center C.R.A.M. by TG Soft of which we point out the direct link to the original information: [direct clickable link]”